Weddings in Bollywood turn out to be a trendsetter in many cases. The exotic venues, designed heavy jewelries, and beautiful gowns, we all look at them in aww with our mouth wide open. Celebs romantic pictures that go viral make us glued to our screens. Their jaw dropping and appealing weddings with immense media coverage become viral and most talked event among their fans. So, here we have a list of 20 most talked-about weddings of Bollywood that are still trending over the internet.

Bollywood actress Anushka Sharma and Indian cricketer Viral Kohli tied the knot on 11th December 2017 and recently they were blessed with a baby girl ‘Vamika’. Their wedding place was Borgo Finocchieto, which was an 800 years old village, which later got renovated into a beautiful villa. 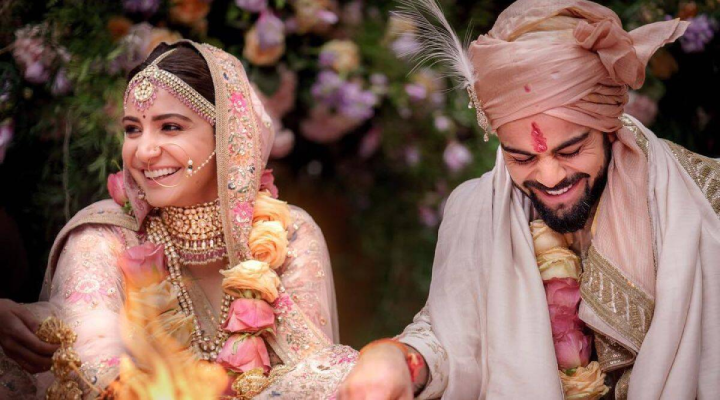 Bollywood’s most loved couple, Deepika Padukone and Ranveer Singh tied the knot on 14th November 2018 at Lake Como, Italy. Their love story is not less than a fairytale. Actress Deepika Padukone chose a red Sabyasachi Lehenga for her wedding. The wedding venue was decorated with Deepika’s favorite water lilies. After their wedding #deepveer were trending all over the social media. 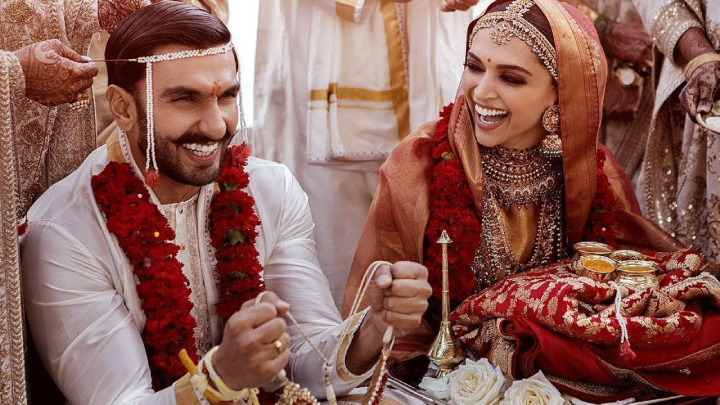 One of the most unique and beautiful couples, Priyanka Chopra and Nick Jonas tied the knot on 1st December 2018. The couple had two wedding ceremonies, one is Christian and the other as per Hindu rituals, in order to follow both the families traditions. They took their wedding oath at Umaid Bhawan Palace in Jodhpur. The actress chose a Sabyasachi red classic lehenga for her wedding. Recently, in 2022, the couple welcomed their first Daughter via surrogacy. 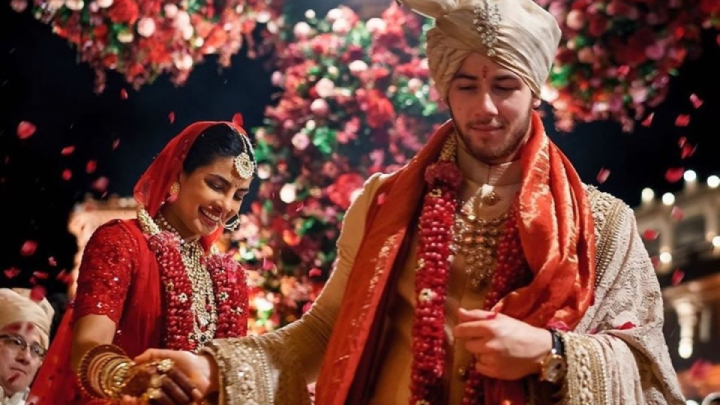 Bollywood’s favorite couple Vicky Kaushal and Katrina Kaif tied the knot on 9th December,2021. Their wedding took place at the royal Hotel Six Senses Fort Barwara, Sawai Madhopur. Both decided to opt for custom-made Sabyasachi attires. Their wedding pictures went viral on the social media and broke the internet. After their wedding, the couple flew to an undisclosed place for their honeymoon. 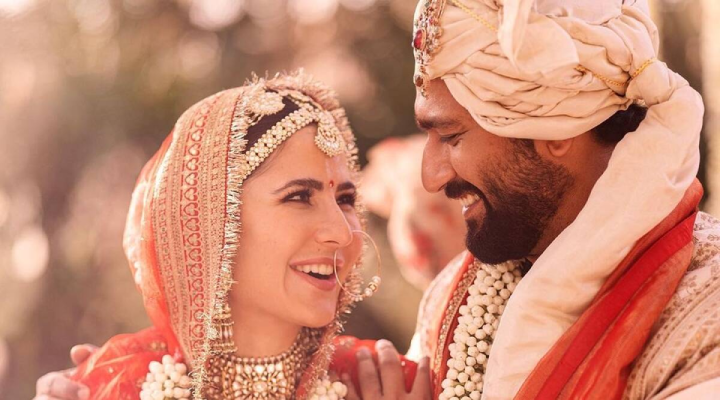 This was one of the most awaited weddings of 2022. Actress Alia Bhatt and actor Ranbir Kapoor dated for almost five years before getting married. Rather than choosing any lavish destination, the couple decided to tie the knot at their Vastu Home in Mumbai on 14th April, 2022. Their wedding pictures have taken the internet by storm. The couple was seen playfully exchanging varmalas and a quick kiss. 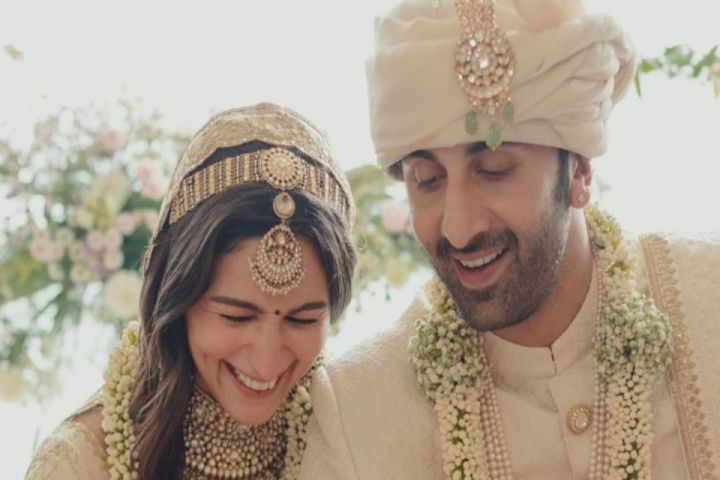 Actor Shahid Kapoor was 34 and her wife Mira Rajput was just 20 when they got married. The couple tied the knot on 7th July 2015 at industrialist Shivinder Singh’s farmhouse in Delhi. Later, their reception was held at Oberoi in Gurgaon. Their life became more beautiful when their daughter Misha Kapoor entered their life. The couple later, were blessed with a baby boy “Zain Kapoor”. 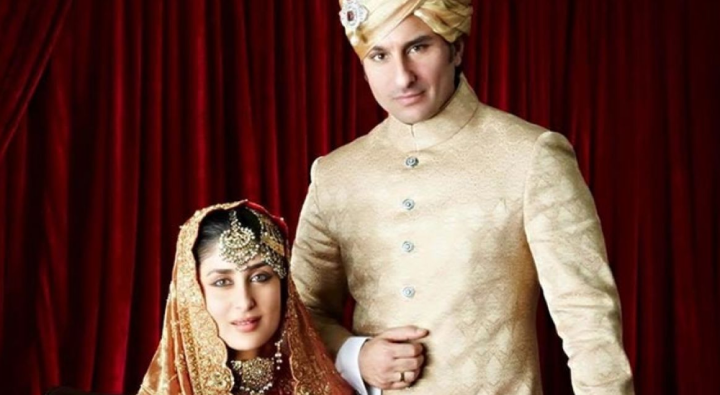 The most trending Bollywood couple Riteish Deshmukh and Genelia Dsouza tied the knot on 3rd February 2012 at Grand Hyatt Hotel, after spending 9 years of courtship. The couple got married according to the Hindu traditions and also by Marathi rituals. On 4th February 2012, the couple’s Christian wedding took place at St Anne’s Church, Bandra. Bollywood’s strong couple Aishwarya Rai and Abhishek Bachchan got married on 20th April 2007. When Abhishek proposed Aishwarya, she immediately accepted his proposal and got engaged on 14th January 2007. It’s been 15 years since then and their love has grown many folds. The couple is blessed with a sweet girl ‘Aaradhya’. Bollywood actress Sonam Kapoor and her businessman husband Anand Ahuja tied the knot on 8th May 2018 at Sonam’s aunt Kavita Singh’s Mumbai residence at Bandra’s Rockdale. Their marriage was kept private from the media because the couple didn’t want any showoff. Their wedding ceremony was a full on Punjabi Patakha wedding. Bollywood actor Farhan Akhtar who was earlier married to Adhuna Bhabani, is now married to his long-time girlfriend Shibani Dandekar. The Couple started dating after Farhan’s divorce with his first wife. They both got married in an intimate wedding ceremony on 19th February 2022 at Shabana Azmi and Javed Akhtar’s Khandala farmhouse. Bollywood actors Akshay Kumar and Twinkle Khanna tied the knot in 2001 and it’s been more than 20 years that the couple is happily enjoying their married life. There is a cute story behind their wedding, Akshay proposed Twinkle when she was busy with her film “Mela” with Aamir Khan. She made a bet that if her film Mela flopped, she would marry Akshay. At last Akshay won the bet because the film “Mela” was a huge flop. The couple is adored by millions of people. The couple has two children, Aarav and Nitara. One of the most iconic Bollywood couples, Ajay Devgn and Kajol started their married life in 1999. The duo are parents to two children, Nysa and Yug. Kajol and Ajay first met on the sets of Hulchul and later decided to got married. The couple was also seen together in their latest movie “Tanhaji”. Bollywood’s King Shah Rukh Khan and his wife Gauri have been together since three decades. SRK was only 18 years old when he fell in love with Gauri, who was only 14 at that time. The couple decided to get married on 25th October 1991. Millions of times SRK has confessed that he is quite protective and possessive about his love. The duo are parents to three children, Suhana Khan, Abram Khan and Aryan Khan. 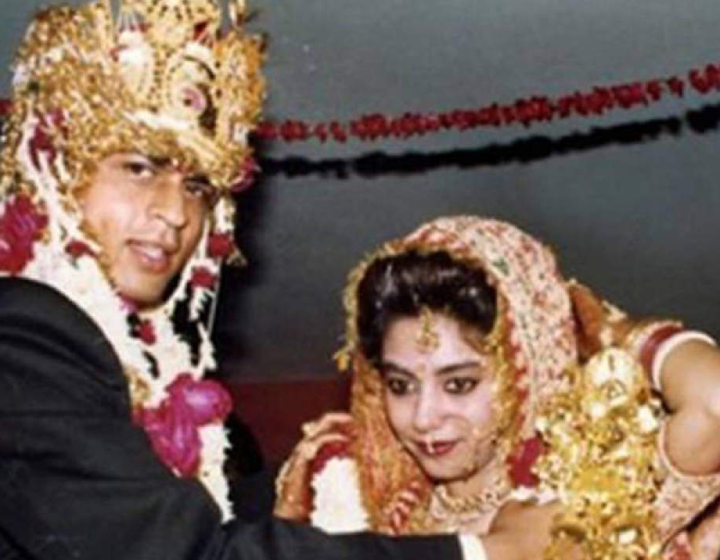 Bollywood actress Yami Gautam started her new life with filmmaker Aditya Dhar in Mandi, Himachal Pradesh. Their wedding pictures went viral on social media. Actress Yami Gautam decided to opt for her mother’s saree as her bridal lehenga, along with pahadi nath and dupatta given by her grandmother. On being asked, Yami revealed that their love story started during Uri promotions. 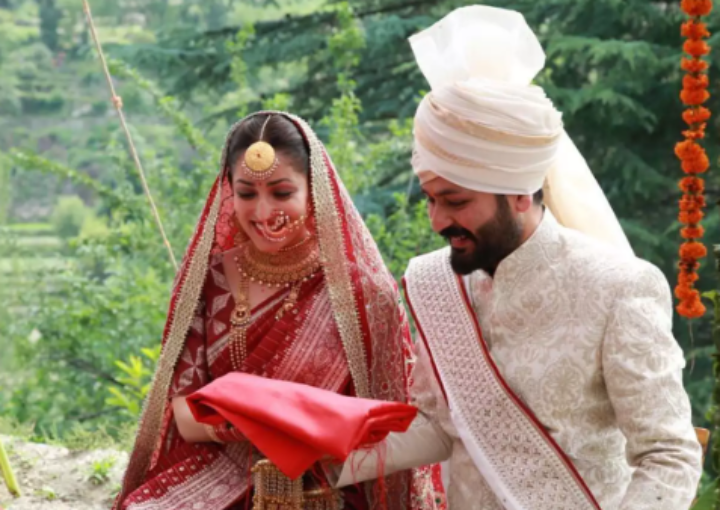 After dating for 11 years, actors Rajkumar Rao and Patralekhaa got married in Chandigarh on 15th November 2021. Their destination wedding took place at The Oberoi Sukhvilas Spa Resort. The couple wanted to keep their wedding festivities small and private because of Covid restrictions. Their wedding pictures made their fans go crazy with love. Bollywood actress Bipasha Basu met her husband Karan Singh Grover on the sets of the movie, Alone. The duo fell in love and decided to get married on 30th April 2016 according to Bengali traditions. Bipasha’s lehenga was designed by Sabyasachi. The couple got married at a suburban hotel in Mumbai. Recently, Bipasha shared the news with her fans that she is going to be a mother soon. The couple tied the knot on 14th December, 2012 at a private ceremony in Mumbai’s Bandra. Vidya revealed that her marriage never became a barrier in her career. It’s been 10 years that the couple is sharing a special bond. They don’t have any kids as of now. This duo of an actress and a film producer is way too adorable. 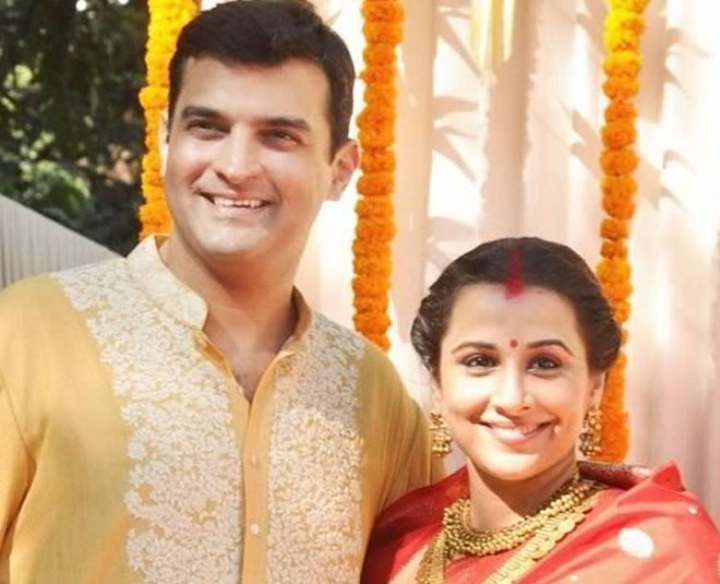 Bollywood actress Mouni Roy got married to her long time boyfriend Suraj Nambiar in Goa. The couple had shared a strong relationship for years. They got married as per Bengali and South Indian traditions. The couple decided to make their relationship official in January this year (27th January 2022). Their wedding was a close-knit event and only close friends and family members were invited. Everyone’s favorite actor Varun Dhawan married his long time girlfriend, designer Natasha Dalal at an intimate ceremony in Alibaug, Maharashtra. The couple tied the knot on 24th January 2021. Actor Varun Dhawan took to Instagram to introduce his better half aka wife to the world. Did you like reading this article? Who among these renowned Bollywood couples is your personal favorite? Feel free to share with us in the comments below.