Who would have thought that there would be Ritviz songs in Ms Marvel! But there are, three of them; and man are they blowing up the internet!

Ritviz Songs in Ms Marvel, what!

Ritviz Srivastava is a huge name in the EDM scene in India. He rose to fame with his single “Udd Gaye” for the Bacardi House Party and soon the entire nation was hooked to his songs. It wasn’t a surprise to find Ritviz songs in Ms Marvel, a show that features a Pakistani-American teen exploring her newly gained powers. In the latest original show in the Marvel Cinematic Universe, not one but three songs by Ritviz have been gloriously featured. Pause, read again. Yes, songs written and composed by an Indian musician have been featured in Marvel! How cool is that! This has helped Ritviz gain a much deserved international recognition. 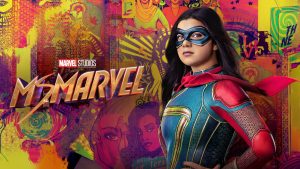 What is Ms. Marvel all about?

Ms. Marvel is a show that has been a treat to the audience of the Indian subcontinent although it couldn’t garner as much appreciation from Marvel fans all over the world. The desi pop culture references and music have enhanced the show’s likeability. Kamala, a huge fan of Captain Marvel, gains superpowers from the bangle that she inherited from her great-grandmother. Soon her regular life changes into an action-filled thriller as she discovers that the world is much more than what she had fathomed it to be. This 6-episodes long show has references to the Partition of colonial India and it beautifully merges it to the plot. 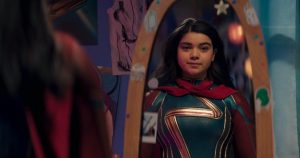 Songs by Ritviz are not the only desi songs to be featured in the show. The works of several artists from the Indian subcontinent, especially Pakistan, have been featured in the show. This includes but is not limited to the immensely popular Pasoori. Let’s have a look at the Ritviz songs in Ms Marvel we can’t stop listening to.

If we had to find Ritviz songs in Ms Marvel then this had to be there. Sage is a fan favorite. It was played in the second episode of Ms. Marvel, Crushed, when Kamala was developing a crush on Kamran. In the rough 30 seconds that the song lingers in the scene, it successfully takes the scene to another level. The instrumental intro with the sleepy voice of Ritviz whispering the word “Sage”, what else do you need in life?

In the third episode of the series, just as the wedding reception of Kamala’s brother commences, the makers had the audacity to play specifically the drop of Thandi Hawa. That’s the best part of the song! Thandi Hawa, another single, was released by Ritiviz during the pandemic induced lockdown like a cool breeze fully justifying its name. 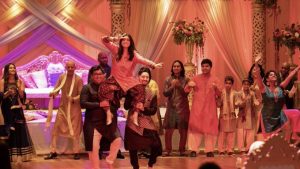 After the release of the album Baarat, Ritviz fans were thirsty for a new release. Aavegi came as a happy surprise. After Sage and Thandi Hawa, fans were excited for another favorite song of theirs to be played but this fresh number graced our ears instead. The song was featured in the last episode of the series as the scene faded into the colourful end credits. There was no better way to end the show. The song was an instant hit and is being loved by all.

Spoiler Alert!!!! The song feels like an intro to the grand entrance of Captain Marvel in the show through the end credits. That’s beyond cool. 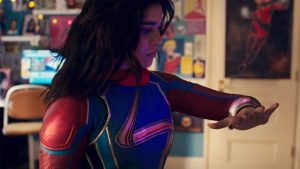 So, these were the absolutely amazing Ritviz songs in Ms Marvel. The show is a part of the phase four of MCU and the character of Kamala is set to reprise her role in the upcoming show, The Marvels, which is set to release in 2023. We hope to see more desi music being appreciated in the future projects of MCU as well. Till then, happy listening and stay updated with your pop culture basics with Technoflix!