Hollywood musical movies are always a treat to watch. They have catchy yet timeless songs, happy and sometimes tear-jerking plots, and phenomenal performances. Who doesn’t love a good film where the characters break into song and dance in every other scene. From classic favorites such as Singing in the Rain and My Fair Lady to recent marvels such as La La Land, Hollywood musical movies have never failed to capture the audience’s hearts. Let’s have a look at some of the best Hollywood musical movies that you need to watch if you love the genre.

1. Singing in the Rain

The movie perfectly captures the problems faced by artists during the transition of Hollywood from a producer of silent films to talkies. One such film stars a successful actor with a wonderful voice and another successful actress with a broken record of a voice. Kathy, an aspiring actress is called over as a voice-over artist for the heroine of the movie. The actor happens to fall in love with Kathy. The title song of the movie is a treat to listen to, and so are the songs such as Good Morning and You Were Meant For Me. 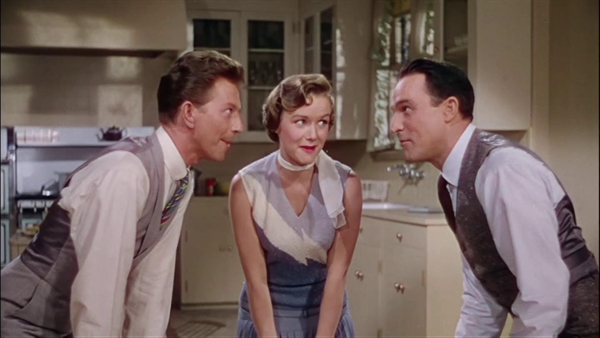 Nominated for several Academy Awards, La La Land is one of the finest modern-age Hollywood movie musicals. A jazz enthusiast and musician falls in love with an aspiring actress and they experience the ups and downs of Hollywood in the most aesthetic way possible. The movie feels like a cruise ship, it carries your soul through the waves. From Another Day of Sun to City of Stars, the movie has some brilliant songs to offer. The choreography is also top-notch, ex. A Lovely Night. 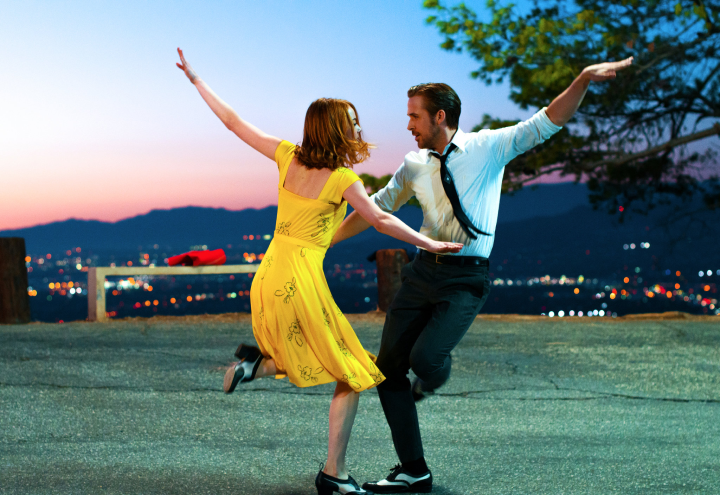 3. The Sound of Music

When we talk about classic musicals, this is the movie that comes at the top of the list. Captain Georg von Trapp and his seven children welcome Maria into their home. Maria is not only a governess to the children but also a bearer of happiness in their lives through the power of music. Set against the backdrop of loss of home during the rise of Hitler and the Second World War, this movie is a reminder that hope and love remain alive even in the darkest of times. The movie won 5 Academy awards including Best Picture. The most famous songs from this musical are Edelweiss and My Favorite Things.

George Bernard Shaw’s play Pygmalion has been adapted multiple times for theatre and screens alike. My Fair Lady is an endearing musical about a phonetics expert who resolves to sophisticate the mannerisms and speech of Eliza Doolittle, a Cockney flower girl. A search for one’s identity while living under the shadow of another person forms the base of the movie. The movie has upbeat numbers such as With a Little Bit of Luck and also slow and endearing ones such as I Could Have Danced All Night. The movie won a Best Picture at the Academy Awards in 1964. 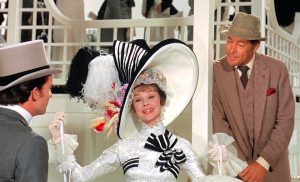 One of the most popular musicals of the late 70s, Grease was a movie that revived the genre of musicals in Hollywood. John Travolta and Olivia Newton-John became household names. The album of this movie became one of the best selling albums of all time! There isn’t much to the story, it’s simply a summer romance. What makes Grease so special is the songs and the performances. Songs such as You Are the One I Want and Hopelessly Devoted To You are loved by all to date. 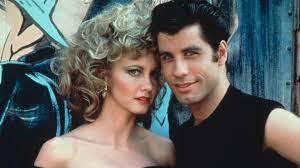 An adaptation of Victor Hugo’s French novel of the same name, Les Misérables is one of those musical movies that doesn’t have any dialogues. The entire movie is depicted through songs, every tiny movement, each plot development, everything through songs. It is a pure musical delight. Set in the times of the French Revolution, the movie traces the life of the protagonist Jean Valjean who is arrested for stealing a loaf of bread during the famine and sentenced to 19 years in prison. The songs in this musical are extremely meaningful and poetic. 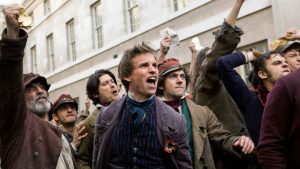 A true classic, The Wizard of Oz is a timeless favorite. The story of Dorothy and her friends travelling to the Emerald City in order to meet the Wizard of Oz is one that has been told and retold millions of times. This 1939 movie is known more for its brilliant music than anything else. The song Over The Rainbow won the Best Original Song award at the Academy Awards and rightly so. 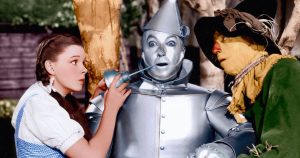 If a musical has had the most number of adaptations and reprisals then it has to be this one. There have been four Hollywood and 2 Bollywood adaptations of the same to date. The movie follows a successful musician struggling with alcoholism. Each of its adaptations has had brilliant songs, especially the most recent one starring Lady Gaga. 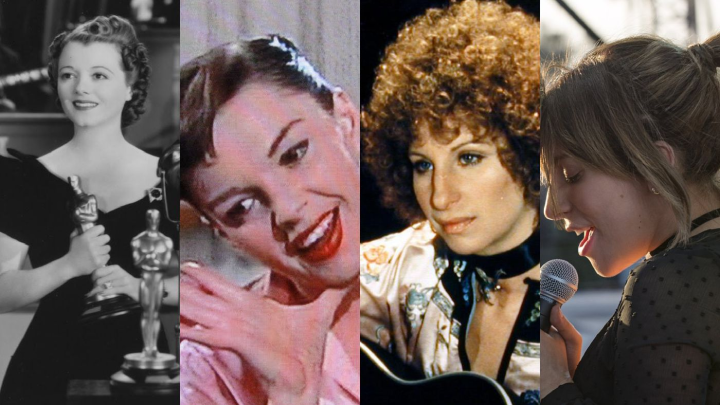 This movie doesn’t need an introduction. Mary Poppins is one of Disney’s greatest gifts to the world. When Jane and Michael` two motherless kids feel neglected by their father, a young nanny named Mary Poppins literally flies into their life from the sky. She adds color to the family’s colorless life. This movie has the power to make you happy instantly. Songs such as Chim Chim Cher-ee and Spoonful of Sugar are some of the most well-known songs of this masterpiece. There’s only one word to describe this film- Supercalifragialisticexpialidocious. 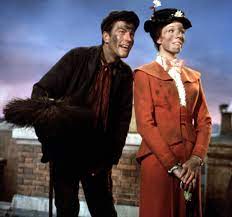 The fans of the pop group ABBA would love this movie for its entire soundtrack was created by them. A soon to be married daughter invites three eligible bachelors to her home in the hope that one of them would become a prospective groom for her mother. The Greek setting of the movie adds to its cinematic beauty. This Meryl Streep starrer movie is loved by young and old alike. 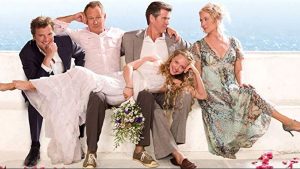 Hollywood musical movies are not usually crime thrillers, Chicago is an exception. Filled with fame, glam, and jazz, this story of two convicted murderesses is one hell of a ride. On the surface this movie is about a fight for fame, but on a deeper level it is so much more than that. Chicago has good music, yes, but the elaborate dance sequences are what add to its legendary status. 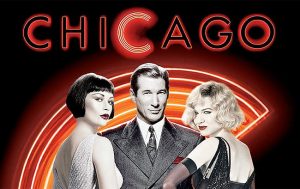 Hugh Jackman starrer The Greatest Showman is one of the most appreciated movie musicals of recent times. It follows the life of P T Barnum and his “freaks” and their rise to fame in the circus/entertainment industry. The movie is filled with exquisite sequences and breath-taking music. Zendaya and Zac Efron’s beautiful performance in Rewrite the Stars is an example of how dedicated the cast members were to their performances. 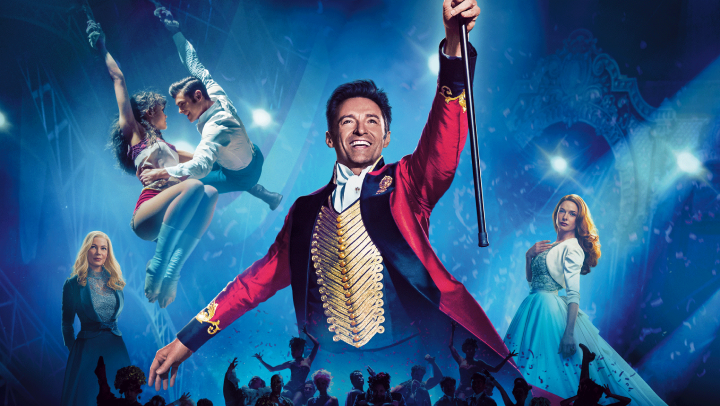 This movie isn’t exactly listed as a Hollywood musical movie but it sure has the elements that make it eligible. Eminem’s life story is described through this movie with utmost honesty. It is the songs that define his journey. It might not be a big-budget, dance sequences-filled, upbeat film, but the songs hold the movie together. Lose Yourself is basically what the movie is all about, all the hardships that Eminem defeated to become what he is today. 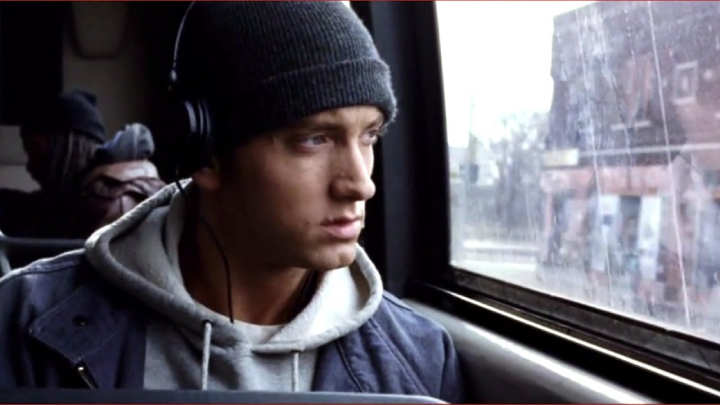 A love story of epic proportions between a poet and a dancer set in the Bohemian revolution with Paris in its backdrop. What can be better than that? Moulin Rouge! is a cult classic in the category of Hollywood musical movies. The movie delves deep into the dark side of a Parisian nightclub but the love between Christian and Satine lights everything up. Come What May and Your Song are considered as two of the most romantic songs of all time. 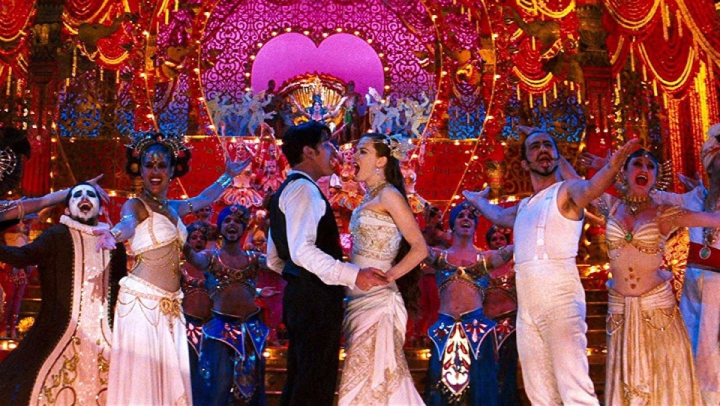 The 2021 Steven Spielberg version of the movie is good, but the 1961 version is a classic. The movie is a forbidden love story between Tony and Maria who belong to two rival gangs in the same street. The 1961 version won 10 Academy Awards including Best Picture just like it deserved. With power-filled songs such as A Boy Like That and Tonight, this movie is one of the best Hollywood musical movies ever made. 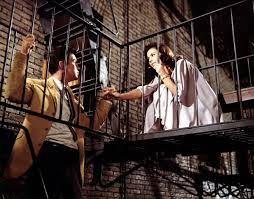 These were some of the best Hollywood musical movies that you definitely check out once. You’ll surely become a fan! For more content on entertainment, check out this section. Happy watching!