Entertainment in India is many a times about watching Bollywood Films with Pepsi and Popcorn. Not only Indians but foreigners also are a hug fan of Indian Cinema. Some Bollywood movies should be praised for the beautiful message they are rolling out all over the world. So, here we have a list of top 25 movies with a special message that you need to watch before you get 25 years old, as each movie has a different lesson to learn.

Toilet – Ek Prem Katha is a romantic drama directed by Shree Narayan Singh. The Movie is based on a woman who leaves her house on the first day of her wedding after knowing that her husband doesn’t have a toilet in his house. Later, her husband starts a mission in order to win her love back by standing against the age-old traditions and values of India. 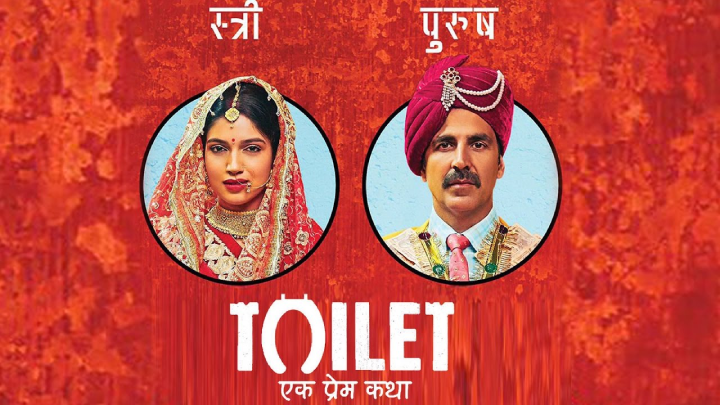 The film is inspired by the true story of Arunachalam Muruganantham. The movie revolves around a man named Laxmikant who feels disturbed seeing his wife Gayatri, as she uses an unhygienic cloth during her menstrual cycle. Later, he decides to create a machine that manufactures sanitary pads at affordable rates in order to raise awareness. 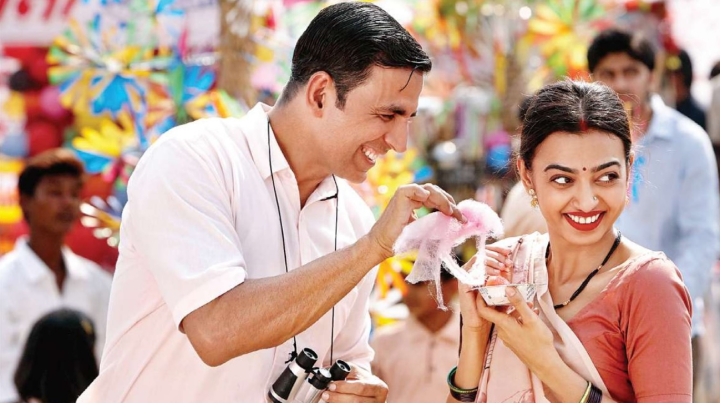 The Movie Thappad was released on 28 February 2020. The story is on the life of a women named Amrita whose perfect married life splinters after her husband, Vikram slaps her in a party. But the question is, A one slap is enough to break a beautiful relationship? The thing which this movie taught is valuing oneself before its too late. This movie is a slap to those age-old ethics that forces women to compromise by saying “shaadi mee itna chalta hai, ek thappad hi toh hai, pati he maar sakta hai”. 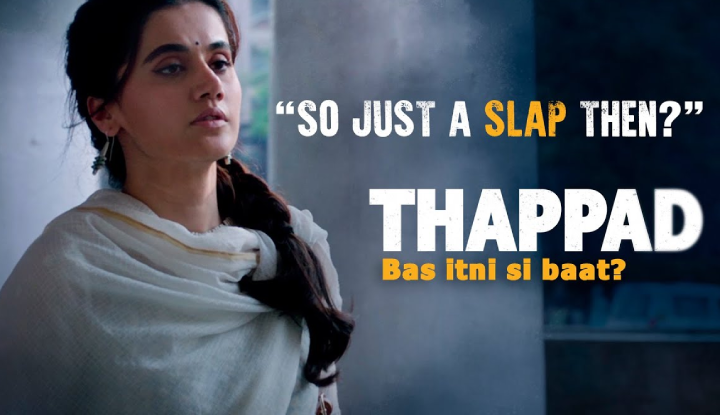 The movie ‘Tumhari Sulu’ shows the importance of having a supportive life partner. The story is about an ambitious household woman Sulu who lives happily with her husband and son but things doesn’t remain same after she wins a contest and auditions for a night show as radio Jockey. Later, her husband Ashok manages their tiffin business and Sulu resumes her radio jockey job. 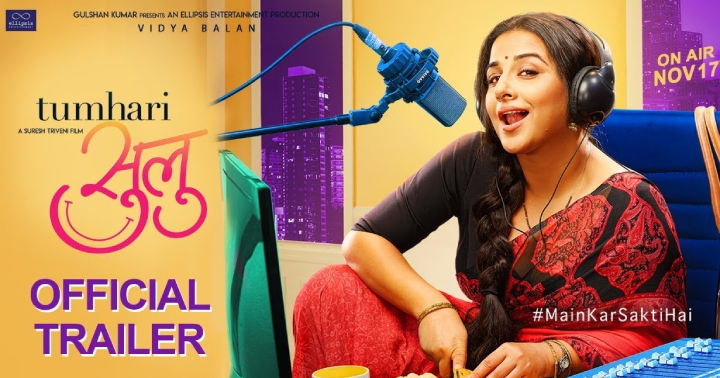 Pagglait was released on 26th March 2021. This movie is a social drama directed by Umesh Bist. It is particularly based on the life of a young widow who wanted to stand on her own feet and continue her life by earning and living her dreams, but she was continuously stopped by her Parents because they wanted her to remarry. Actress Sanya Malhotra played the role of Sandhya. This movie is an inspirational story for those ladies who lost their husbands at young age and wants to live on their own terms. 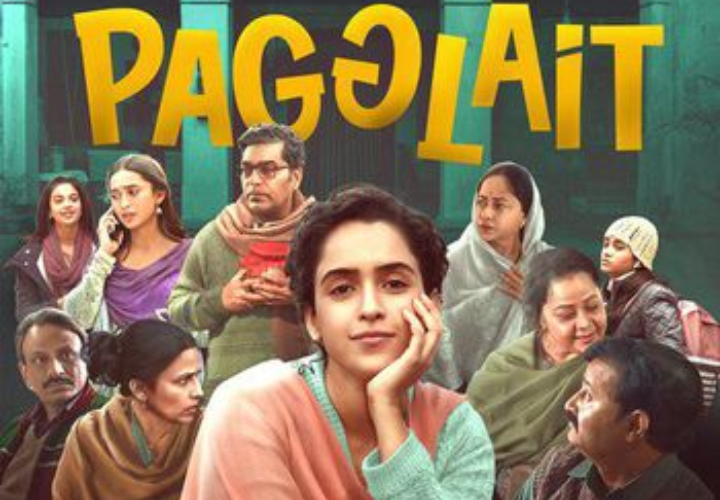 This is one of the most unique and inspiring movies of Bollywood that breaks stereotypes. The movie is about a gym trainer Manu and a Zumba teacher Manvi who fall in love with each other, but their love story comes to a grinding halt when Manu discovers that Manvi is a transgender. Things get worse when Manu’s family gets involve in the matter. But in the end, love finds its way because love has no boundaries.

The film is inspired from the life of national level Kabbadi player from India named Jaya, who is encouraged to mark her entry in sports again by her family after marriage and having a baby. It shows how the player, who now is a wife and mother, first has to struggle with her internal conflicts and then the supposition of society. 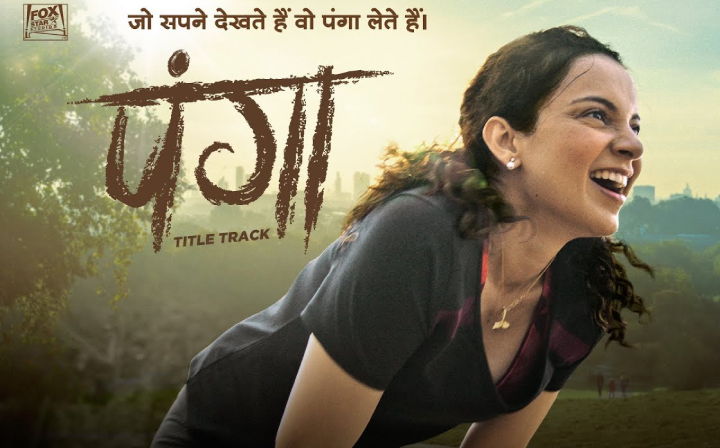 The film is based on acid – attack survivor Laxmi Agarwal, who didn’t loose hope even after getting brutally injured. The movie was directed by Meghna Gulzar and stars Deepika Padukone which received immense love from the audience. This film is considered as Deepika’s comeback on the big screen after two years since Padmaavat. 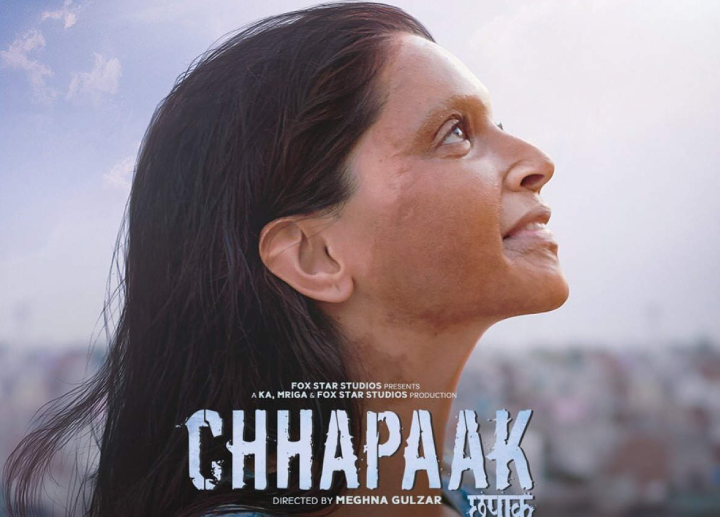 Dangal is based on the ‘Phogat Sisters’, Indian female wrestlers – GEETA AND BABITA. The movie is molded beautifully about how a father (Mahavir Singh) trained his daughters to become India’s first world-class female wrestlers. The movie is directed by Nitesh Tiwari and stars Aamir Khan, Sanya Malhotra and Fatima Sana Sheikh. This movie received a wonderful response from the audience and is considered as one of the highest grossing Hindi films of all the time. 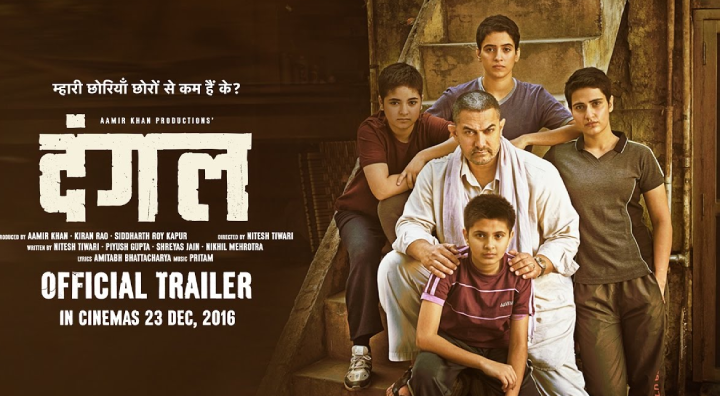 It is a lovely comedy film that exposes society’s bias towards sex. The film is about a boy named Nakul who is 25 years old who is about to settle down in his life with his girlfriend. He gets shocked and embarrassed to discover that his mother is pregnant. Because of that, he has to come up with many obstacles to keep his relationship with his girlfriend, Renee. 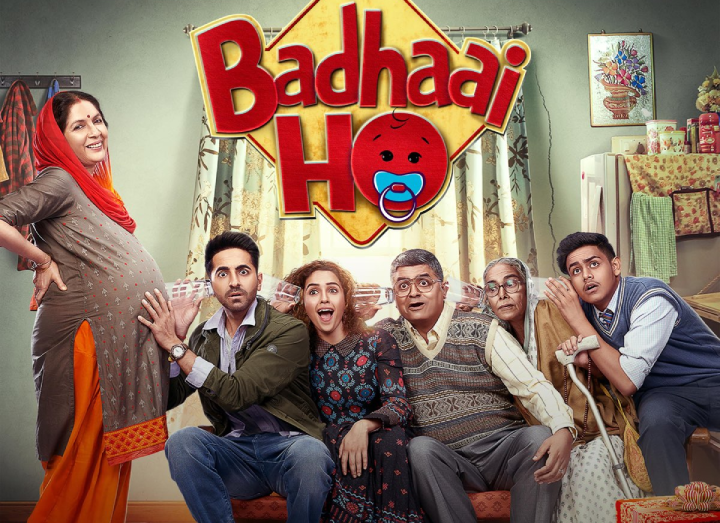 The movie is about three women named Meenal, Falak and Andrea who were molested and tried to file an FIR against a politician’s nephew. After getting their case rejected by many lawyers, they took the help of a retired lawyer named Deepak who helped them fight the case.

The film is about a gay couple, Kartik and Aman who falls in love with each other. The couple faced a lot of opposition and disagreement from Aman’s family but at last they won the battle of love and convinced Aman’s family to agree to their relationship. 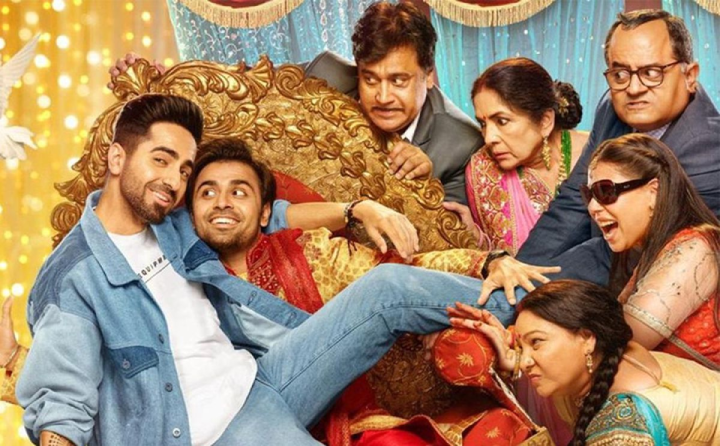 This beautiful movie with a social message revolves around the life of a ditched surrogate. The movie beautifully portrays that a mother is always a mother no matter she is surrogate or a real one. It shows how a mother sacrifices her dreams, career to see her child happy. Actress Kriti Sanon played the role of Mimi. This movie is about the unstoppable efforts and struggle of Mimi which made her stronger to fought with the world’s injustice and judgements.

The film is based on a boy named Ishaan, who got criticized by his parents for scoring poor marks in academics and was sent away to a boarding school. Later, his art teacher, Ram discovered that the child is suffering from dyslexia and helped him to recover from the problem and motivated him in uncovering his capabilities. 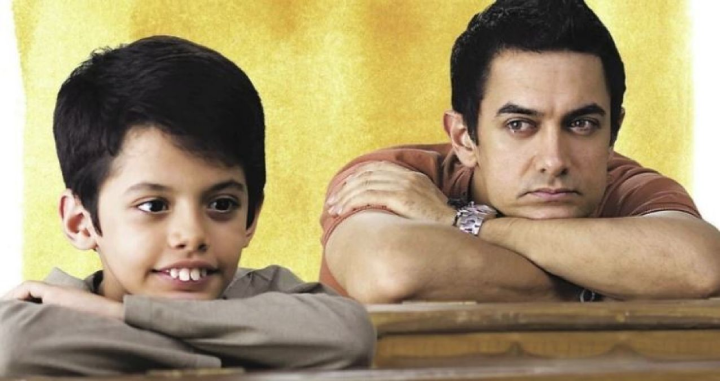 15. Lipstick Under My Burkha

The movie was released on 21st July 2017. The story is about four ladies who are searching for freedom. Even after facing many obstacles in their lives, they manage to find their way to fulfill their desires. This movie won millions of hearts. 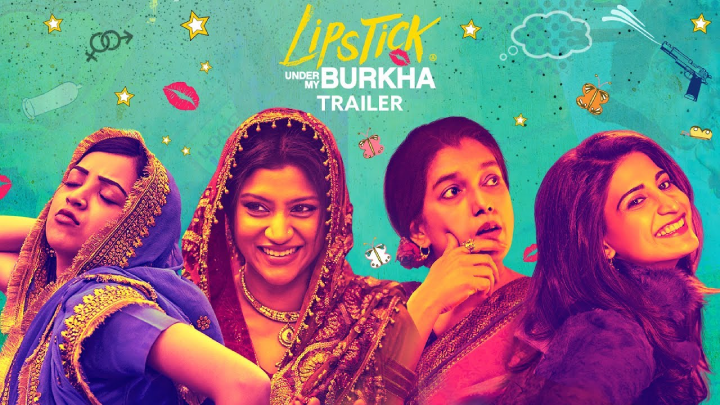 The film Udaan revolves around the life of a teenager boy Rohan, who returned to his house in Jamshedpur (in Jharkhand) after eight years. He discovered that his father wanted him to take engineering classes, but Rohan wanted to follow his passion of writing and wanted to become a writer. In between the classes and late-night drinking bouts at the bar, Rohan shared a good bond with Arjun, with whom he learned that he and Arjun had something in common. Later, he perused his career of being a writer even after facing many difficult circumstances. 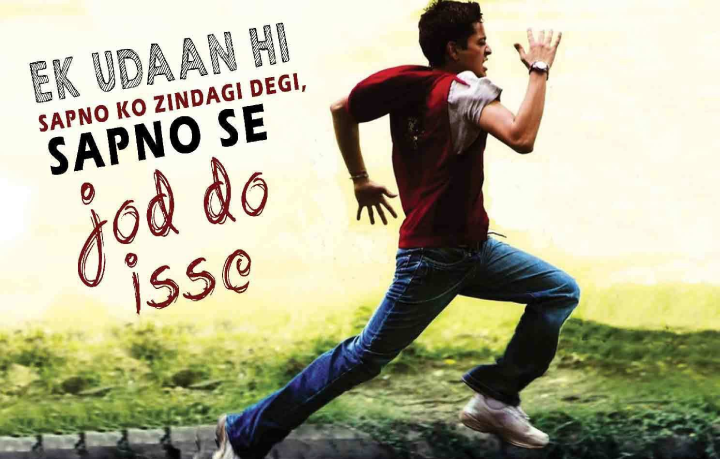 The movie beautifully gives the message of “Zindagi lambi nhi badi honi chahiye”(life should be larger not longer). The story revolves around three friends Kabir, Imran and Arjun, who decides to visit Spain before Kabir’s marriage. But the trip turns out to be the best decision for them because it healed their wounds, made them fall in love with their lives and battle their fears. This Movie is on important women-centric issue (Gender Discrimination). The story revolves around a small town girl, Rashmi, who faces various societal barriers in order to fulfill her dream to become a National-level Athlete. Her dream hits rock bottom when she has to undergo a gender test. This movie is a tribute to several sportswomen who has to face smiliar situations in their lives. Ki and Ka is a romantic-comedy film. The movie is about an aspiring woman named Kia who marries Kabir, a man who prefers to be a house husband. Their relationship is far more unique from others. They share a beautiful bond until they starts having ego clashes. The film beautifully conveys the message that a man can work in the kitchen and a woman can work outside in order to run the a family. There should be no gender role in the marriages.

3 Idiots is a remarkable ‘ahead of its time’ Bollywood blockbuster. This movie is a slap on the education system that supports students who mug up entire textbook rather than learning from it. It is a great mixture of several genre like comedy, drama and romance.
Famous Dialouge:- “Bachcha Kabil Bano, Kabil.. Kamyabi Toh Saali Jhak Maarke Peeche Bhagegi.” The story of Mardaani revolves around a female Police Officer Shivani Shivaji Roy who is in a search of a teenager girl (Pyaari) who gets lost in the world of child trafficking. Bollywood actress Rani Mukerji played the lead role in the movie. The “Mardaani” skills can nurture both men and women. Mardaani is about being fearless and standing up for one’s rights. 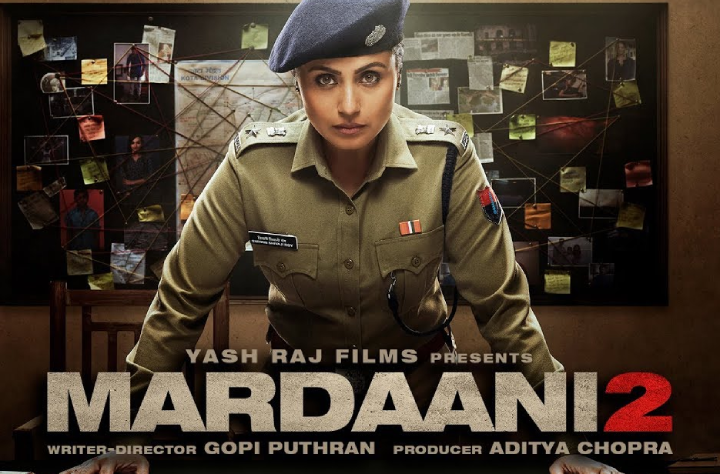 Swades is inspired by the story of Aravinda Pillalamarri and Ravi Kuchimanchi. The film is about a successful scientist of NASA who returns to his motherland, India in order to take his nanny, Kaveri to America with him. During his stay in India, he rediscovers his roots. The movie English Vinglish is based on a woman named Shashi who didn’t receive any respect from her husband and children for not knowing English. Later, she decided to enroll in English learning classes in New York. This movie beautifully shows that a woman is capable to change her situation, love herself and make her family love her back. This is an all time watch sports biopic movie which is based on a woman who crosses all the barriers and proves that women are the strongest personalities. The film is based on the life events of former Indian Olympic Boxer, Mary Kom. This movie was directed by Omung Kumar and stars Bollywood actress Priyanka Chopra in the lead role of everyone’s favorite Mary Kom. The movie shows the struggles that she faces for choosing Boxing as her career and representing India at International Level. 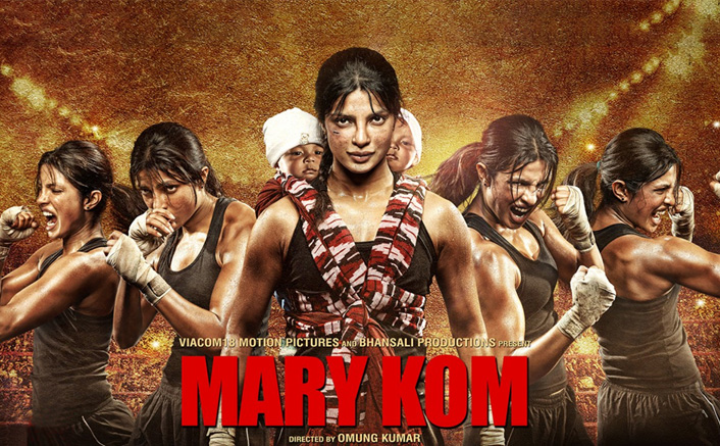 The film is based on the life of Dominic d’Souza, a PWA activist and swimming champion. The movie is about a boy named, Nikhil who is a swimming champion. His life falls apart when he discovers that he is suffering from HIV Aids. In his tough times, he finds his sister, Anamika and his boyfriend, Nigel in support of him. Hope you found this article interesting. Which one of these movies inspire you the most? Feel free to share your opinions with us in the comments section below.