When I first heard that they are going to adapt Forrest Gump (a much loved classic) into a Bollywood movie, obviously I was skeptical about the entire affair. But Laal Singh Chaddha came as a happy surprise. Ever since the promotions of the movie started, the film has received a lot of hate from people who haven’t even watched the movie yet. It’s heartbreaking to see how people are refusing to appreciate the insane amount of effort that the makers have put into this movie. Unfair, isn’t it. But is Laal Singh Chaddha really worth the watch? Let’s find out. 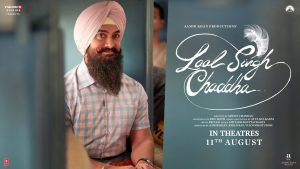 SPOILER ALERT! (Most of these spoilers are harmless if you have watched Forrest Gump)

1. Comparison with Forrest Gump and the Indian-ness

Laal Singh Chaddha is not just any adaptation but an adaptation of an adaptation. Most of you must know that Forrest Gump was adapted from a book. Laal Singh Chaddha has been created solely to suit to the taste of an Indian audience. It does so perfectly. The historical events that have been strategically and carefully intertwined into the plot are a part of the history of the world’s largest democracy. Forrest Gump had relevant instances from American history and Laal Singh Chaddha has done the same justice with the history of India. Both the movies are very different if you keep the basic plot out of the picture. Advait Chandan has done an incredible job as director. 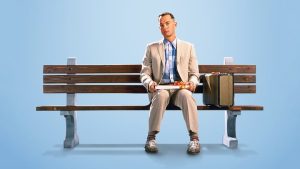 2. The Controversy and Boycott

The controversy surrounding the movie and the subsequent boycott staged by some parties is completely baseless. The movie does not have anything that is anti-national or controversial. It is a movie about a man who is beyond human complications and complexities. Laal Singh Chaddha doesn’t view the world like we do. That justifies most of the things that happen in the movie. And moreover, its fiction. It is open to interpretations for sure but the interpretations the boycotters have, lacks matter, sense, and logic.

The uproar surrounding the character saving an enemy soldier is again pointless. It is shown as a selfless act that goes on to change the thought process of the soldier who returns to his country with a mission to educate its children to become better humans and not terrorists. It is utopian, yes, the world doesn’t work that way, agreed! But this is a movie, and for something fictional I would say that this is such a heartfelt sequence.

3. The Characters and Performances

The characters in Laal Singh Chaddha feel relatable, you know these characters. They have appeared in your life at some point or the other, in the pages of history. Laal is so much like Gump but yet so different. He emotes more, he’s endearing in a very different way. This movie’s Rupa has an arc that is more defined than Jenny’s arc in Forrest Gump. Lieutenant Dan is replaced with an enemy soldier and his arc in a way gives more matter and depth to the movie. Every actor has given their best to their character. Especially Naga Chaitanya who shines as Balaraju Bodi. 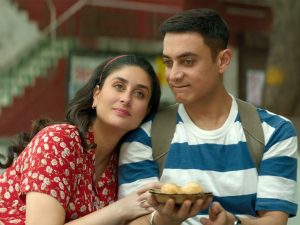 The soundtrack of the movie is filled with brilliant songs that are rich with meaningful lyrics. The movie begins and ends with the lovely song Kahani which is an instant smile inducer. “Kya hum mein hai kahani ya hain kahani mein hum”, the song rightfully justifies the plot of the movie which is not just the life of Laal Singh Chaddha, a fictional character but also our own story. Phir Na Aisi Raat Aayegi is another beautifully tragic song that has been voiced by Arijit Singh. The song directly hits your heart with its deep lyrics and the heart-wrenching scene. Tur Kalleyan is both motivational and moving. Mai Ki Karaan is an innocent and joyful addition.

The movie is a sheer joy to all senses. You will watch it with a smile on your face and the smile will remain intact to the end. It’s such an innocent and simple movie yet so powerful. Laal Singh Chaddha’s humming will ring in your ears like a happy echo. It is one of those films that you would want to watch again and again. 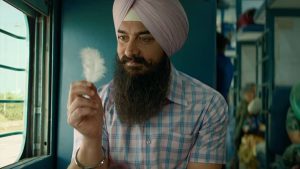 At the end of the day it all goes down to the interpretation and perception of the viewer. The movie deserves to be watched, one can decide its worth after that. But the movie is like that feather that appears in the beginning of the movie and at the end, no matter what force comes at it, it’s as gentle and calm as ever. Unperturbed, it floats across time, across generations. No boycott, hatred, or opposition can do anything to deem the beauty of this movie. Art always wins. Always.